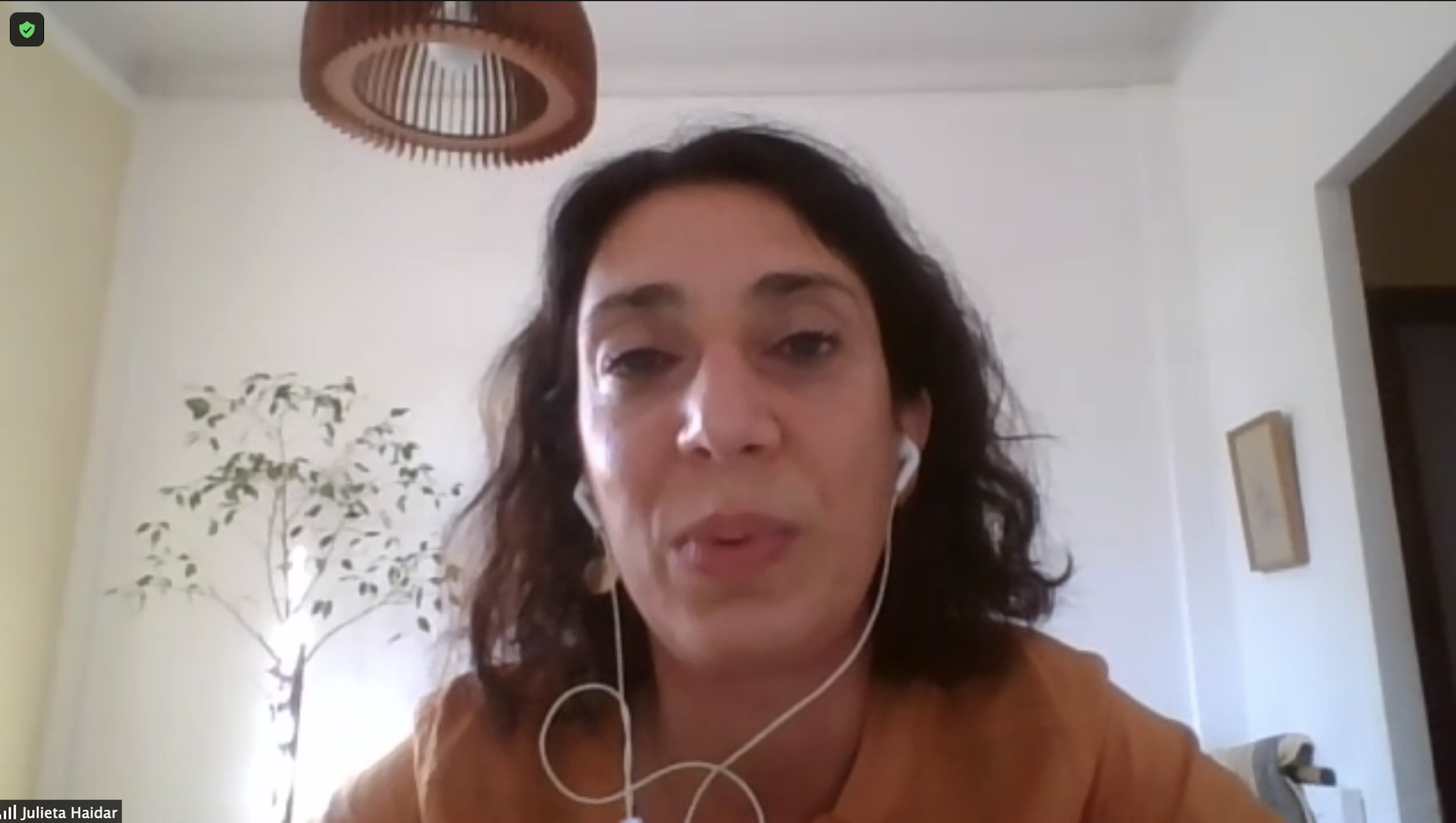 The first panel, Work in global platform capitalism, is chaired by Petar Marčeta (AIAS-HSI, University of Amsterdam) and the first speaker is Julieta Haidar (Workers’ Innovation Centre, Argentina) who introduces the work they do on platforms and discusses the power relations inscribed in the precarious situation for international labour. The question is whether it is possible to talk about this problem in all its complexity taking all the various aspects into account. The next speaker is Maarten Keune (AIAS-HSI, University of Amsterdam) and he discusses the discourses/perspectives of exploitation vs. opportunities that can be found in his and Haidar's new book, Work and Labour Relations in Global Platform Capitalism. Often the global north provides the work opportunities and the global north provides the work force and Keune highlights the outcomes of these perspectives - the commodification of people. The third speaker is Janine Berg (International Labour Organization) and she focuses on online platforms, not local ones. A study has been conducted on the attitude and conditions (salary, tasks etc) of workers around the world. She concludes that the only way of dealing with the issues a worldwide labour market brings is international regulation and laws. 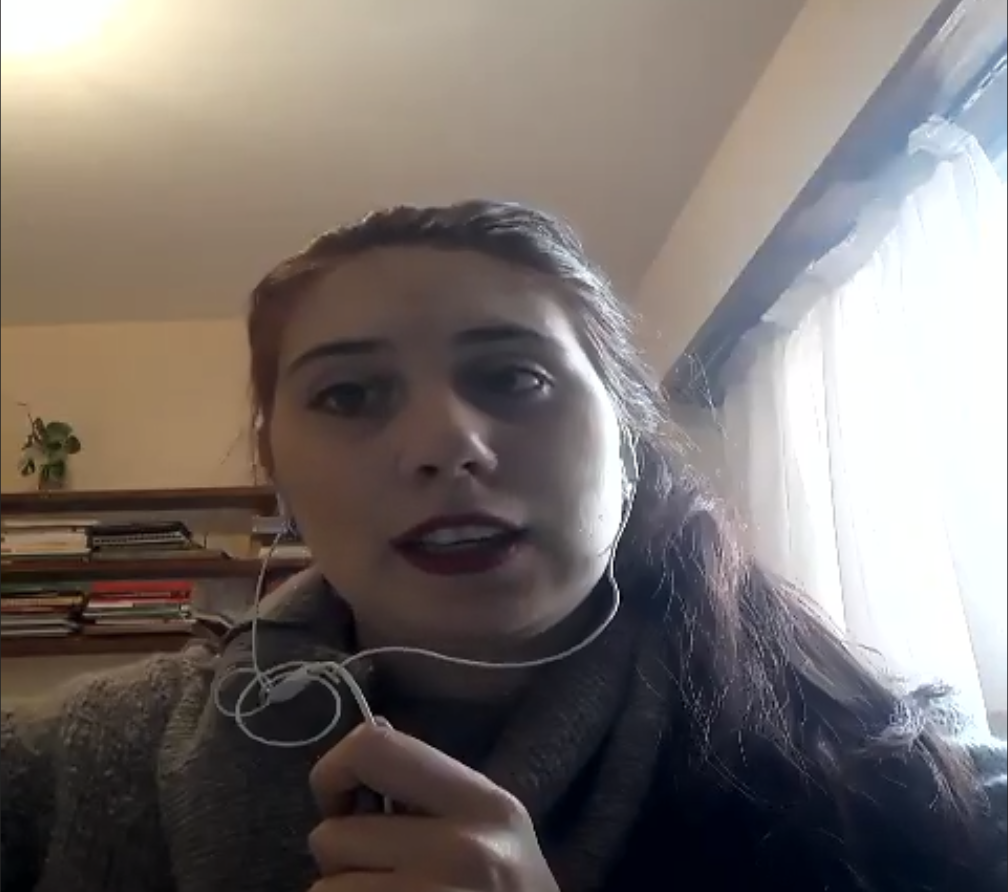 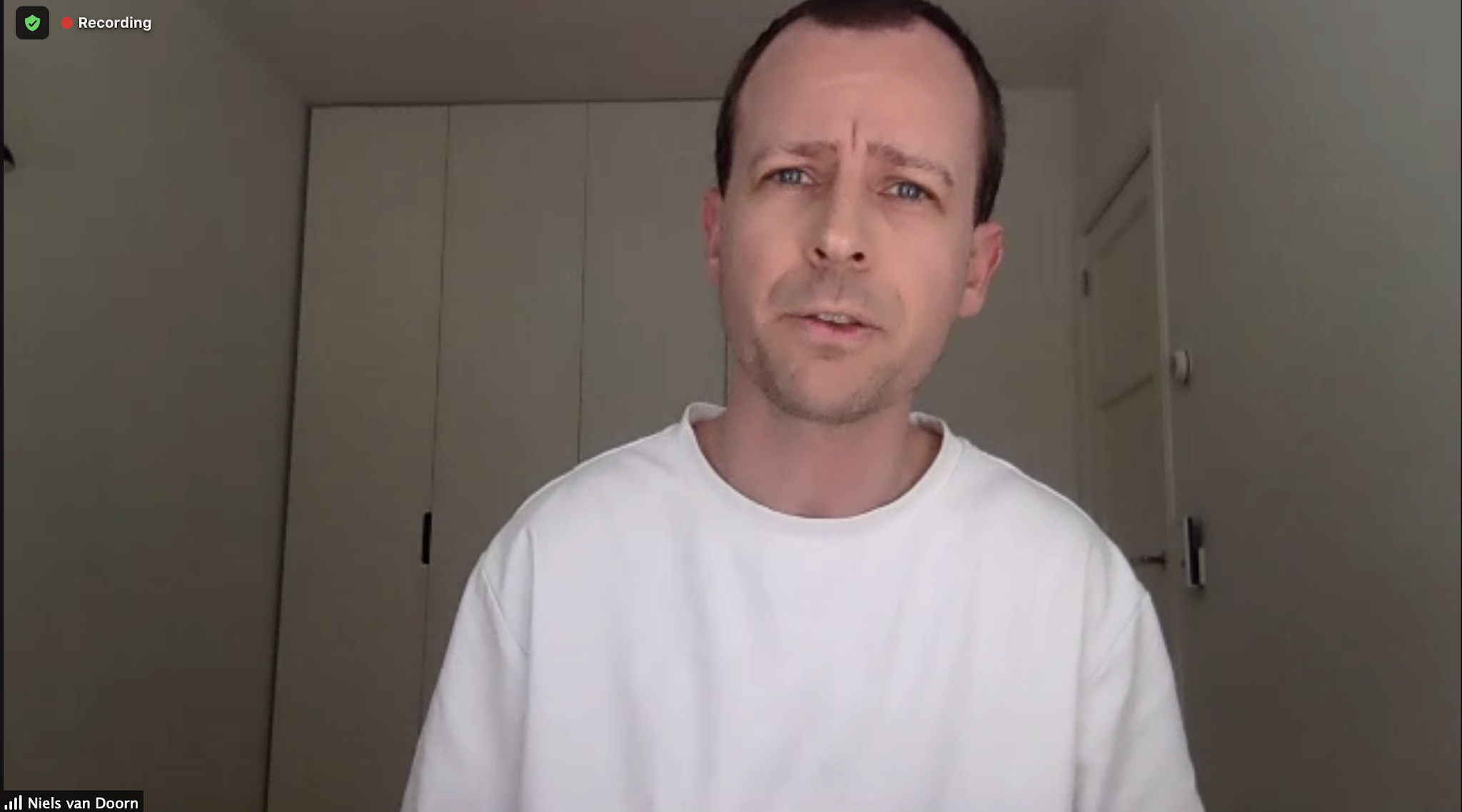 The first speaker is Niels Van Doorn (Department of Media Studies, University of Amsterdam). He argues that fragmented capital (individual restaurants etc) to concentrated capital (platforms for delivery of food, the gig economy), reorganising this form of work. This has led to a decline in wages for people in this sector resulting in this becoming a migrant sector of the labour market. Gig platforms absorb migrant labour and eases the pressure on low-wage labour markets. It becomes the "quick and easy" way for migrant workers to get a foot onto the labour market and becomes a means to an end – even if many of them get stuck in this type of work – "a lifeline without a safety net." He is reluctant to conclude that regulation would be the answer, though. 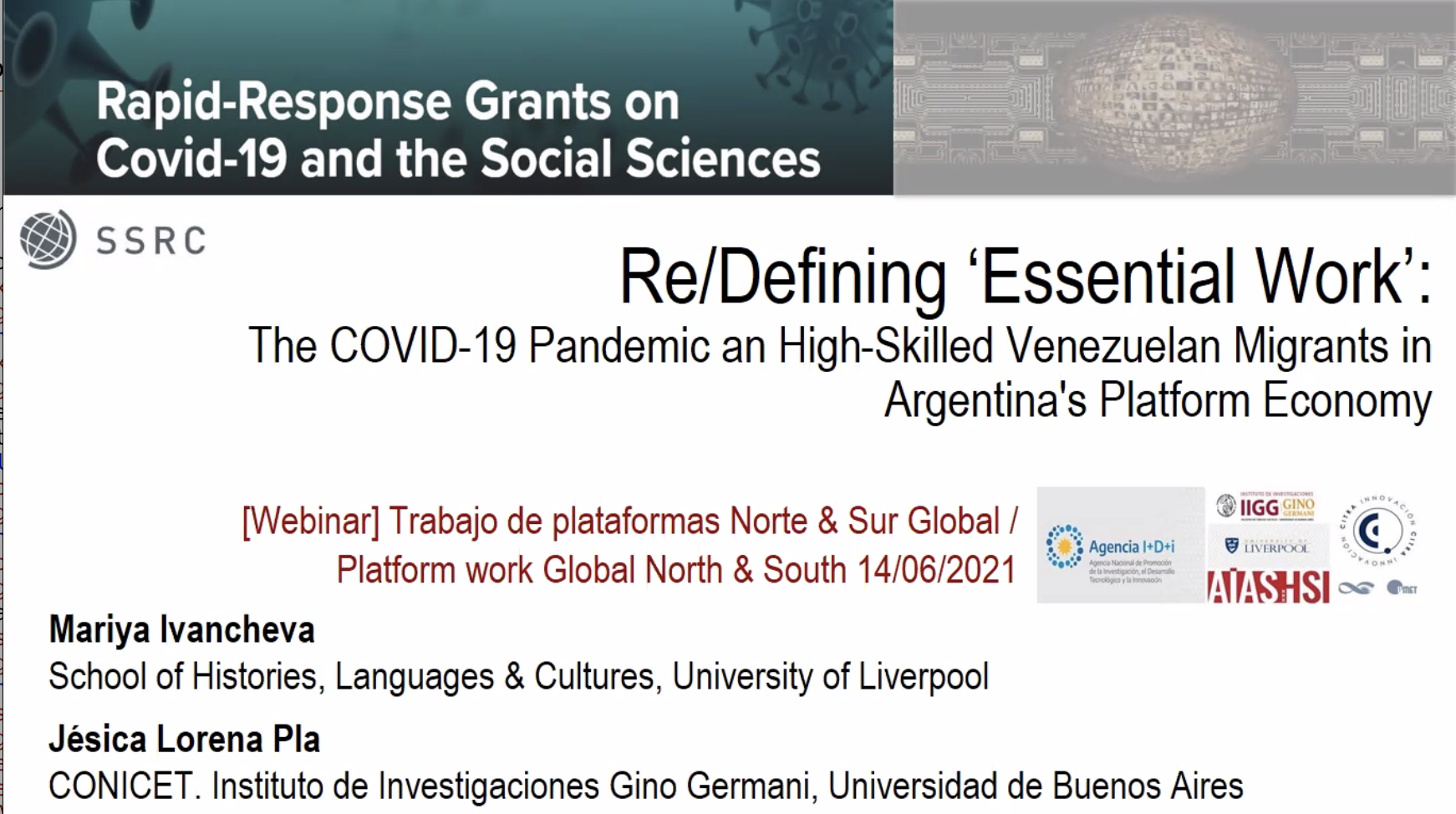 They talk about the migrant populations in South America, for instance highly skilled (for instance technical degree from university) Venezuelans who work in low-skill positions (gig economy, informal economy, delivery business) in Argentina. Their results go in the opposite direction compared to the previous speaker, Niels van Doorn. 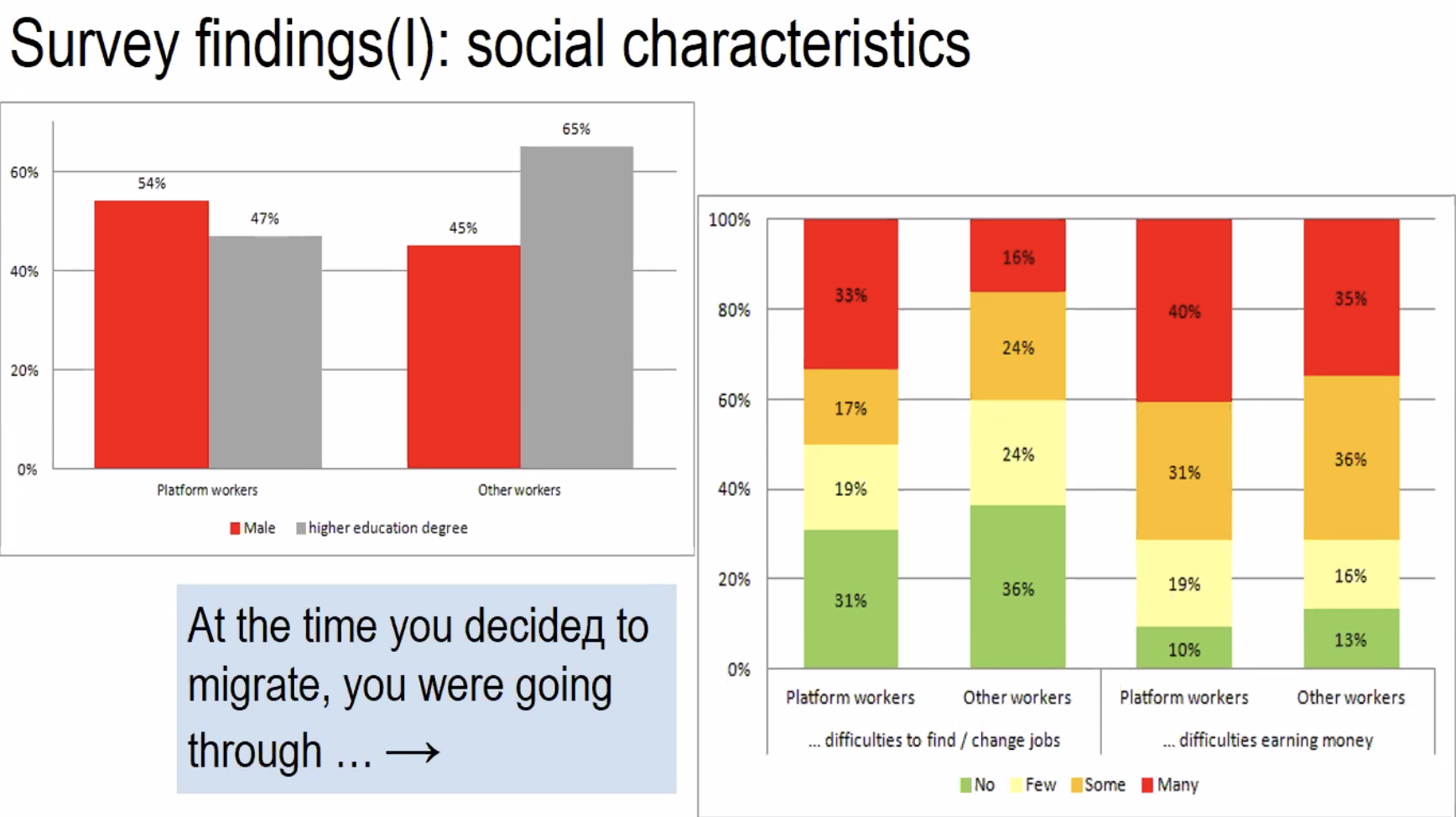 He talks about the "invisible" workers who have very few rights in Hungary anymore. 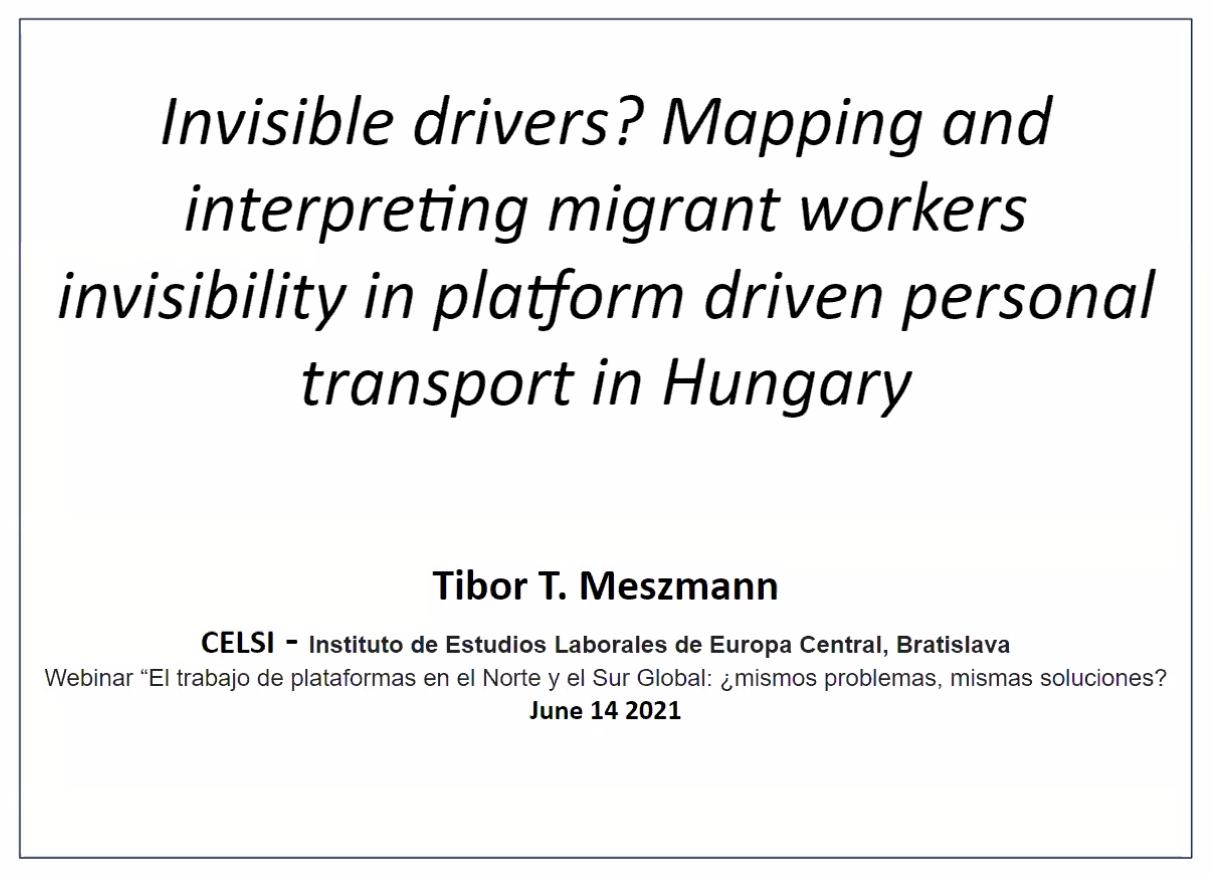 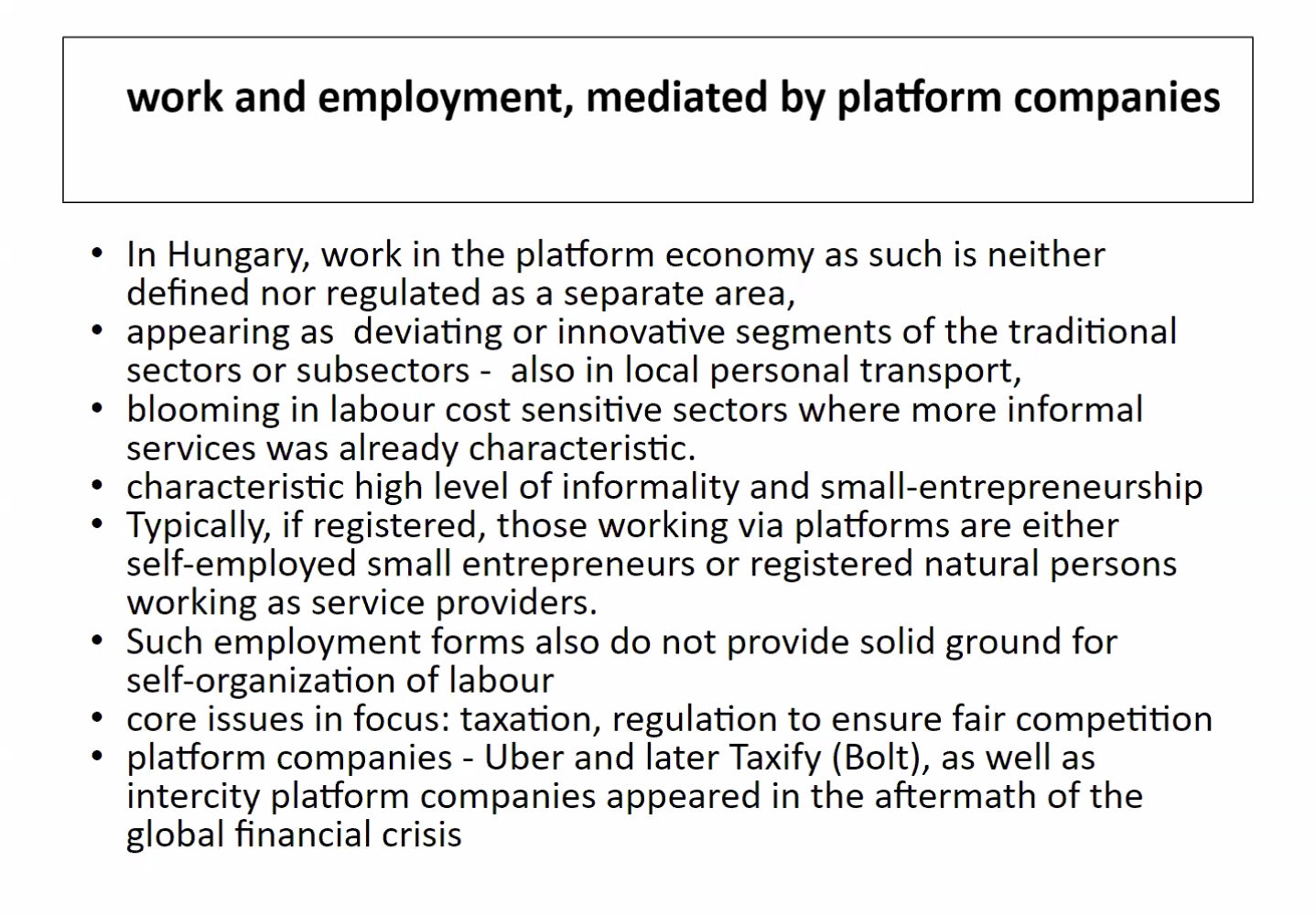 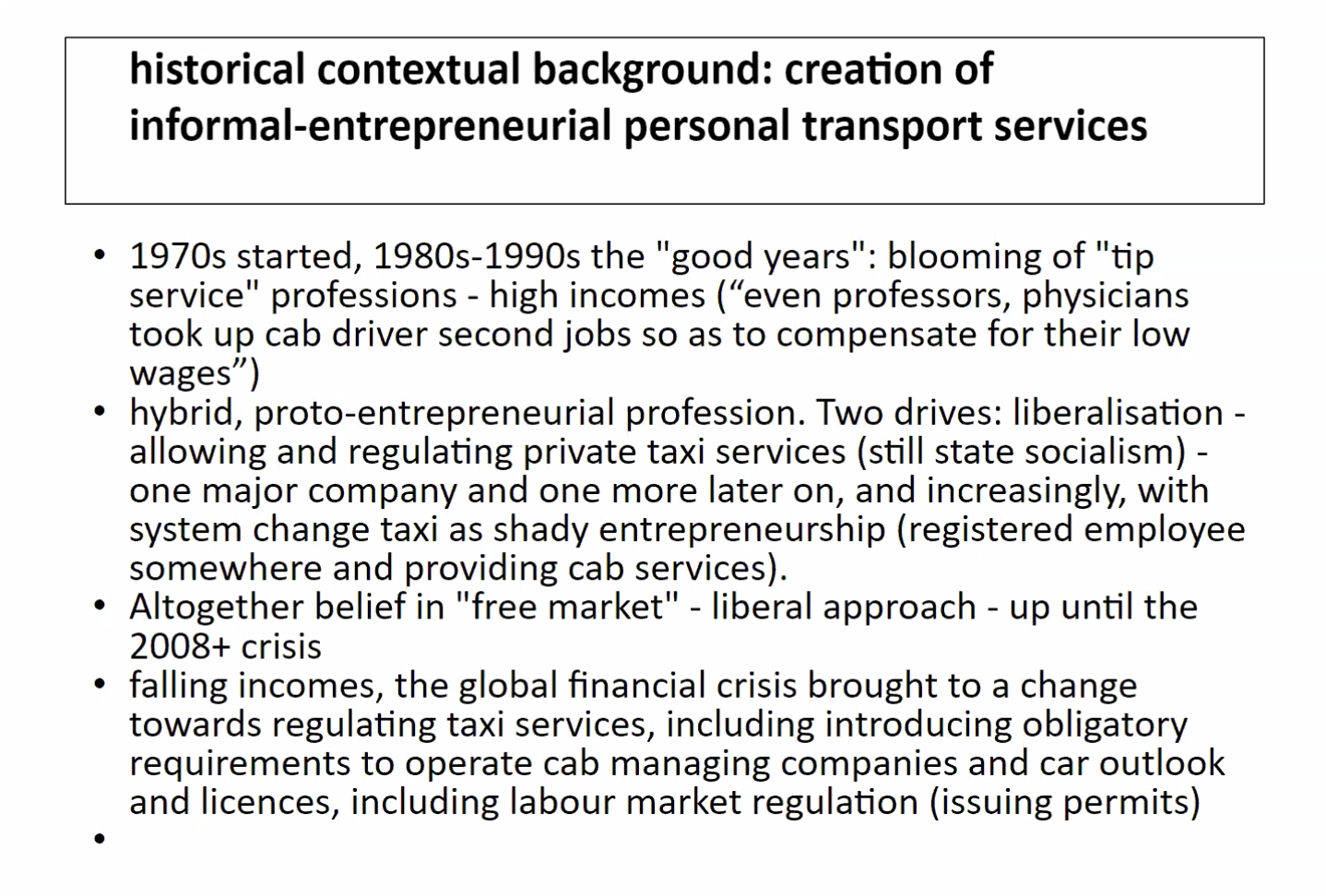 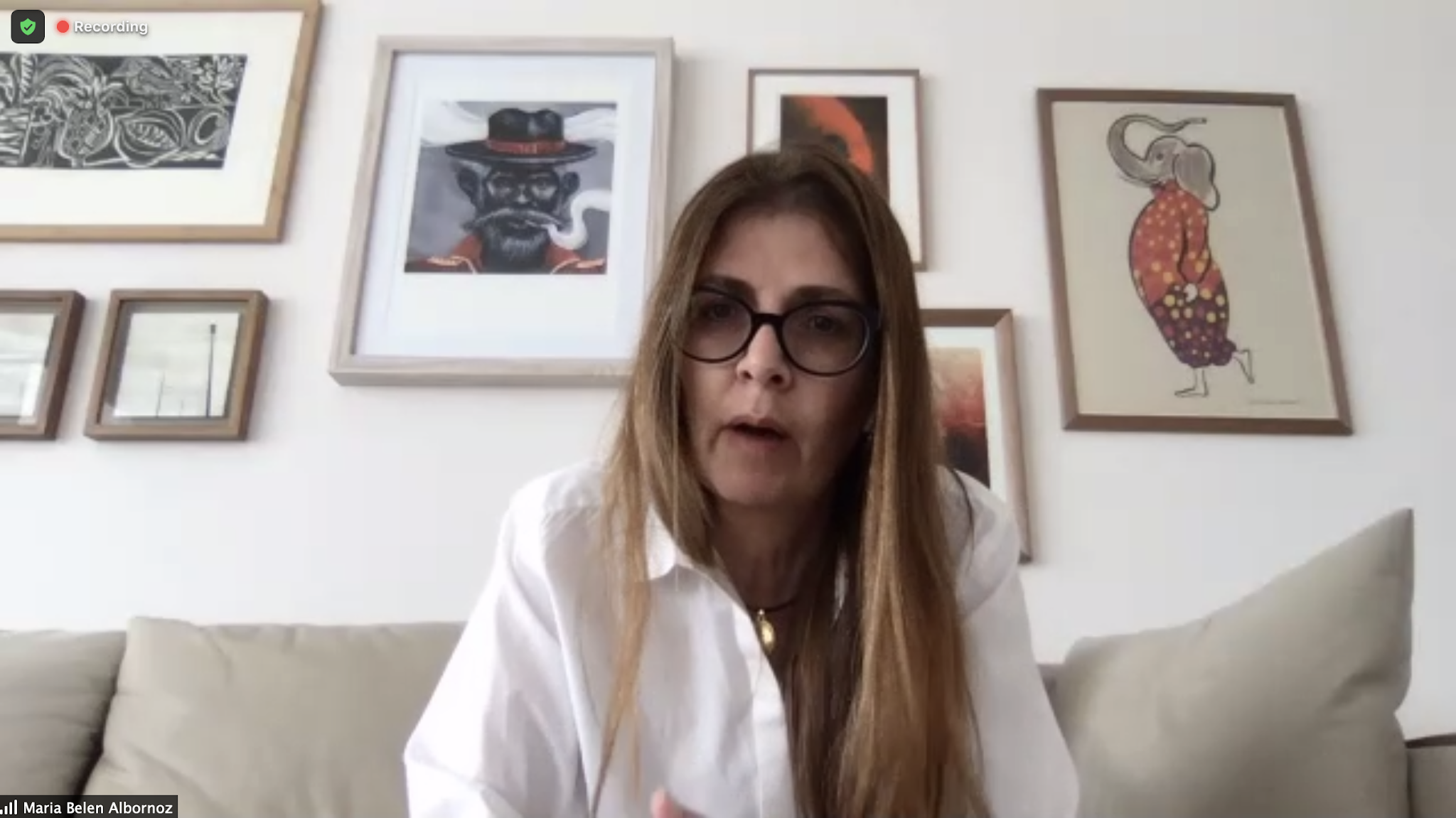 She outlines the situation for migrants in Equador and discusses how the government has introduced regulations for the gig economy. As a result, immigrant workers have been employed by subcontractors instead, enabling structural forms of exploitation.

Anna Ilsøe and Trine Pernille Larsen (FAOS, University of Copenhagen) have the second slot of the panel. 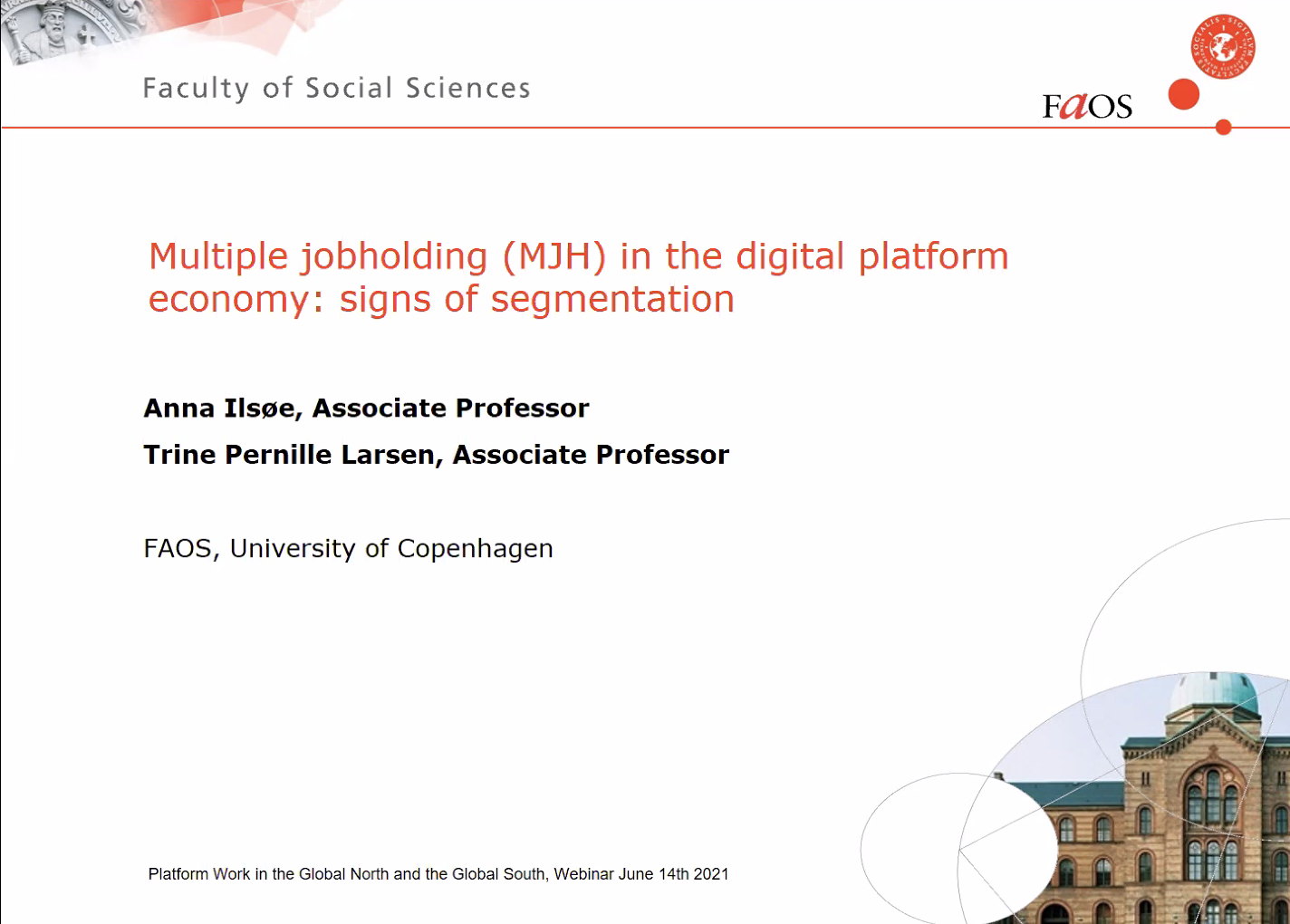 Anna Ilsøe begins by outlining their work. Theoretically, they draw on segmentation theory, and, drawing on the Danish Labour Force survey from 2017 and 2019, they conclude that the gig platform economy is quite limited at this point in the Danish context, which is mirrored in the more general Nordic setting. 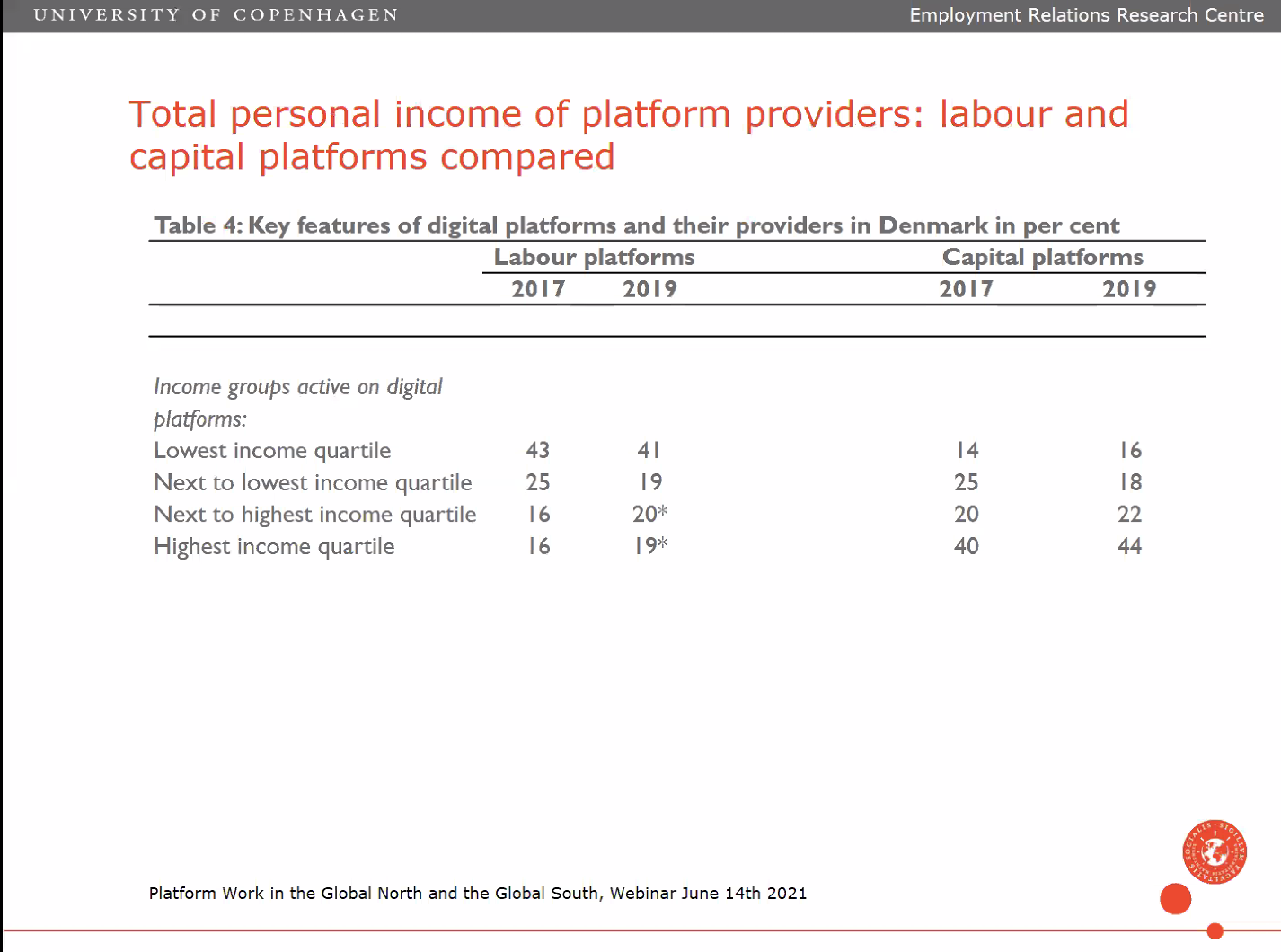 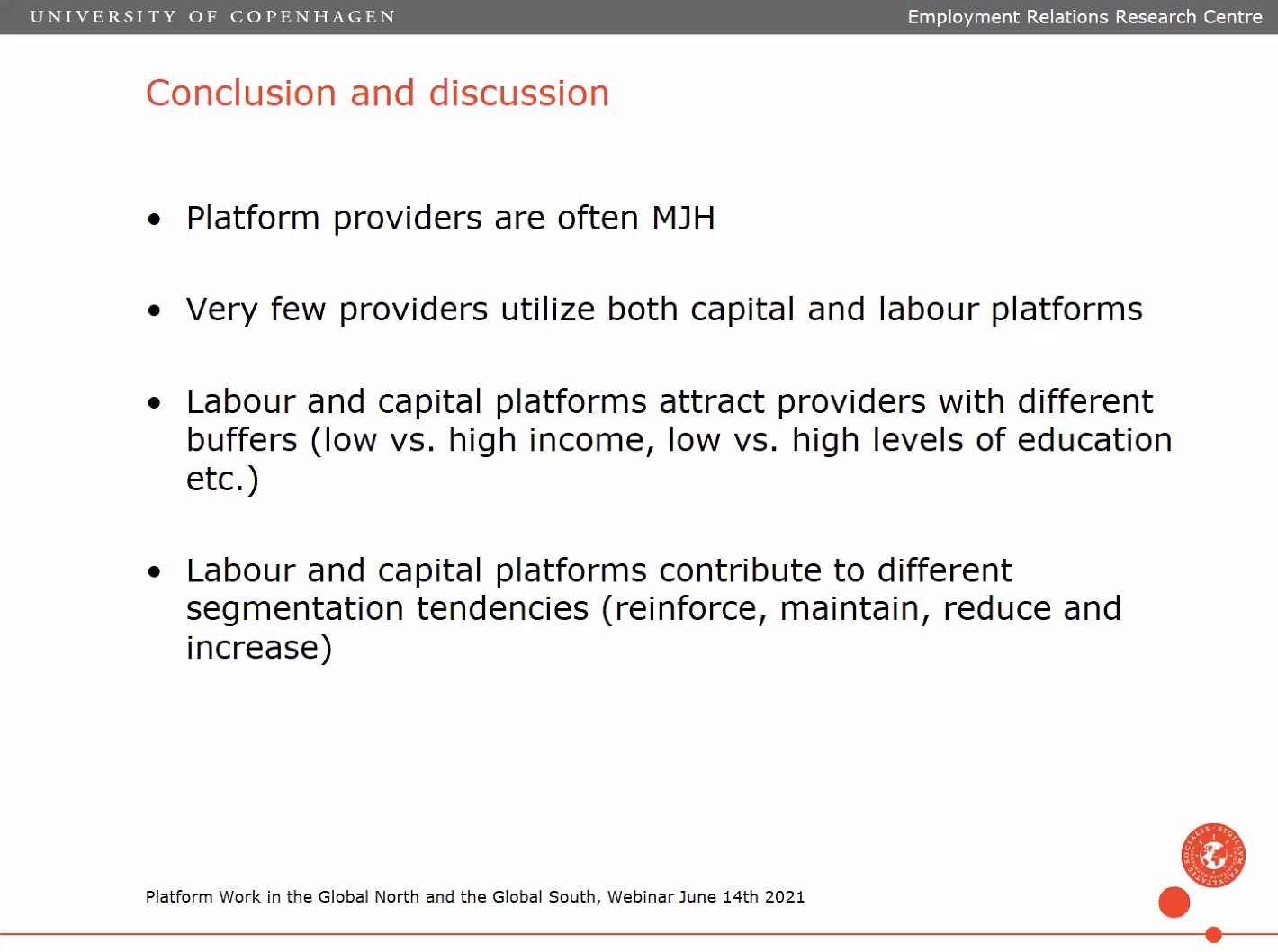 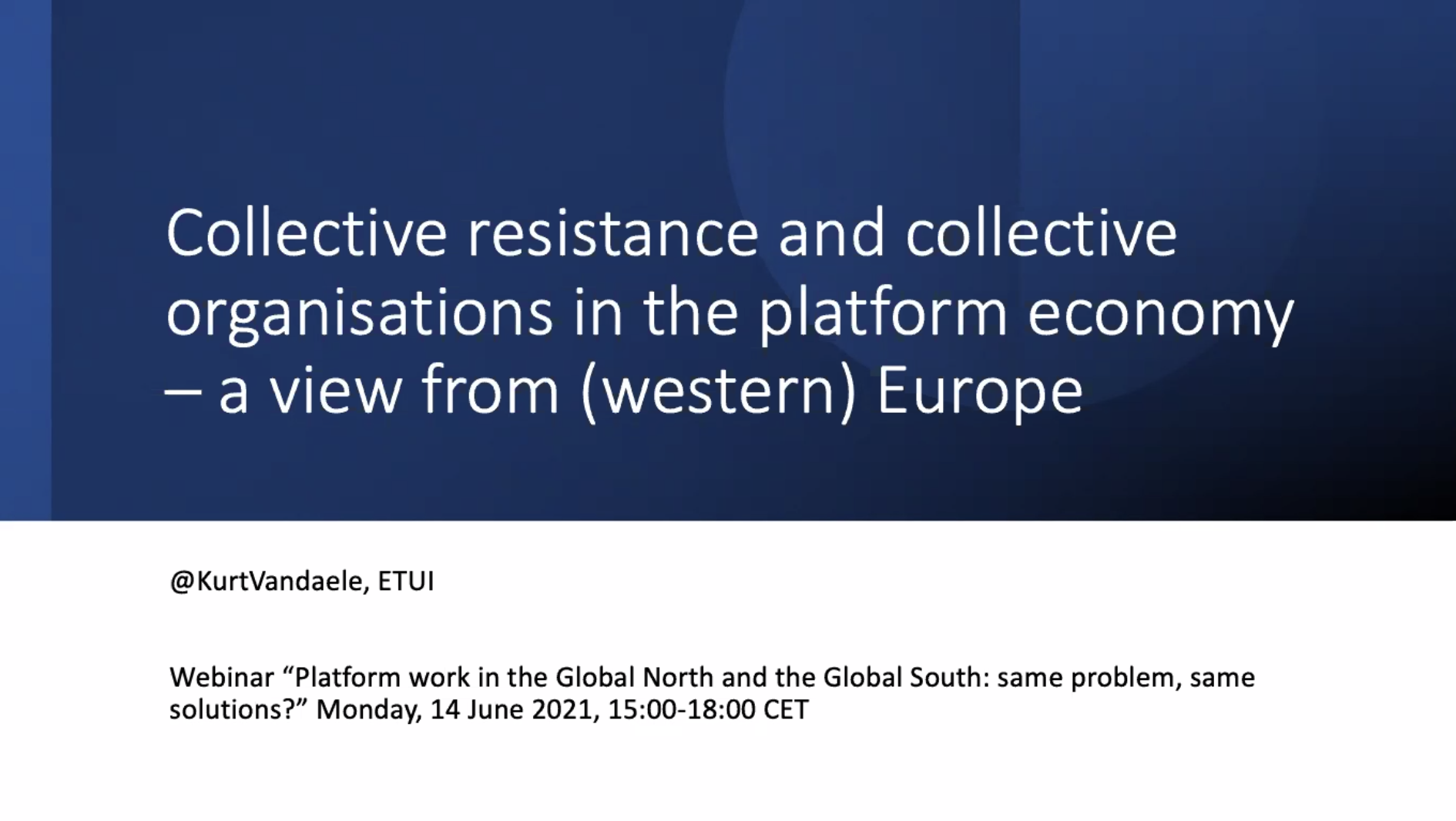 He argues that international regulatory provisions are needed. 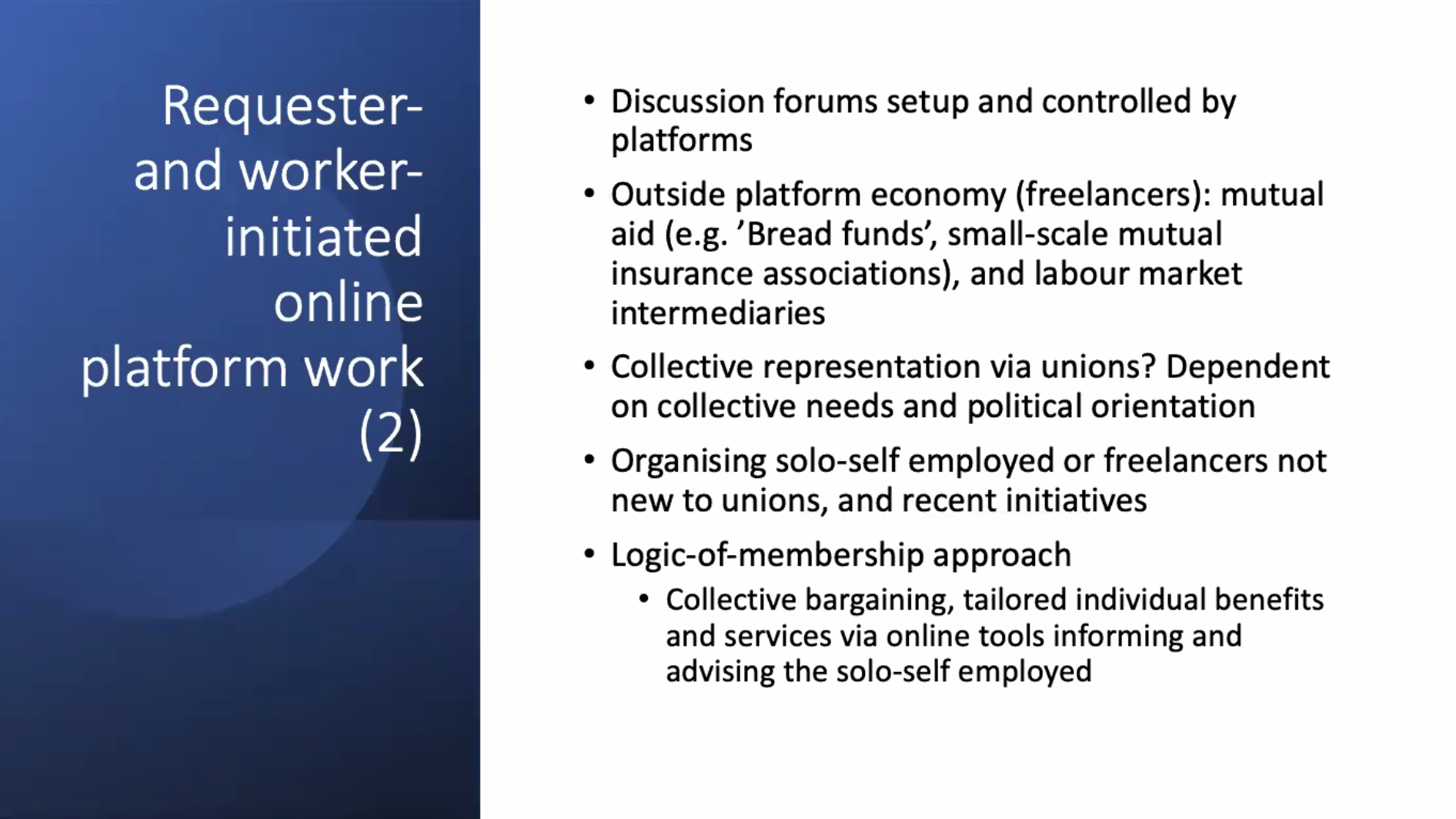 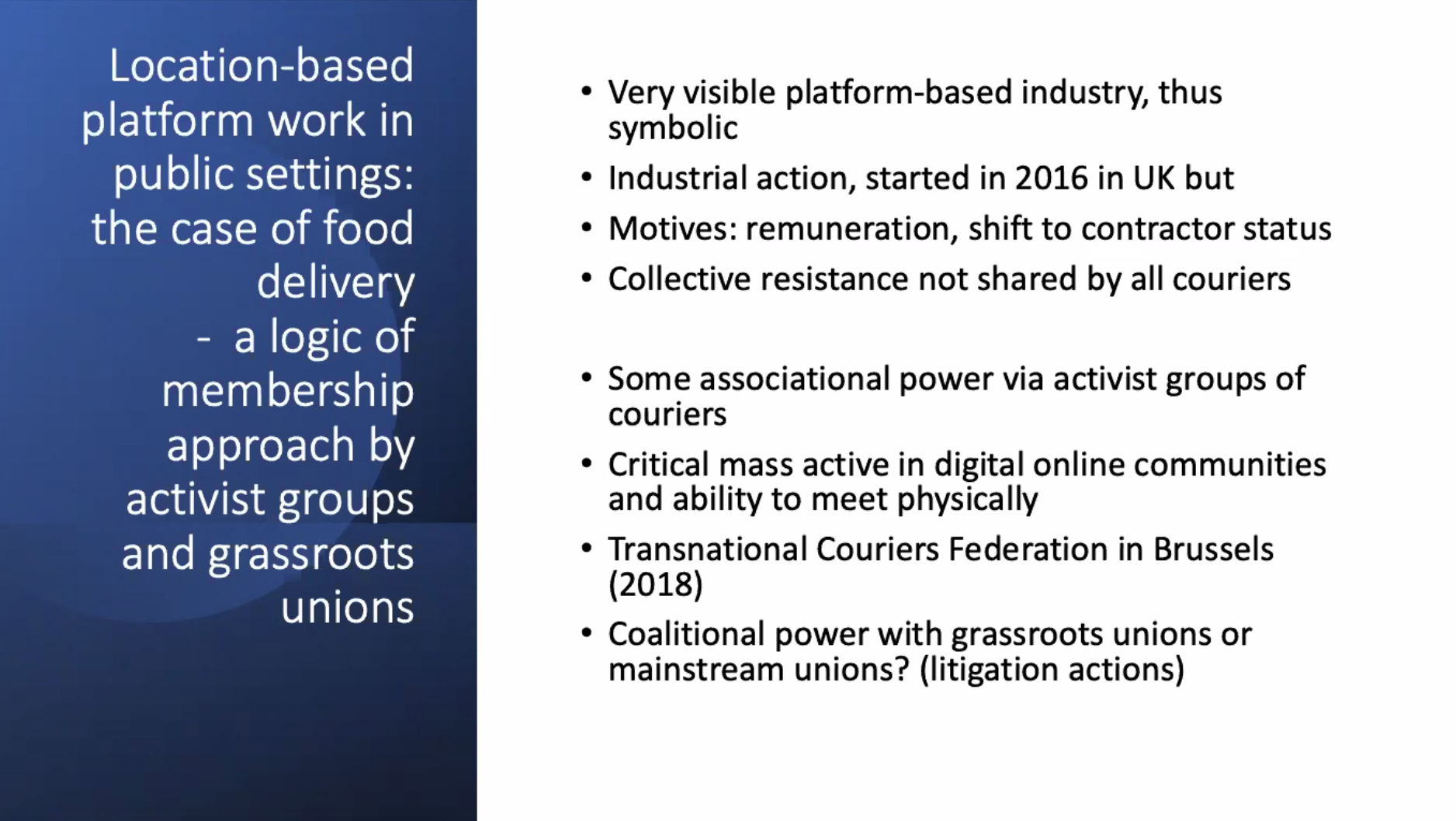 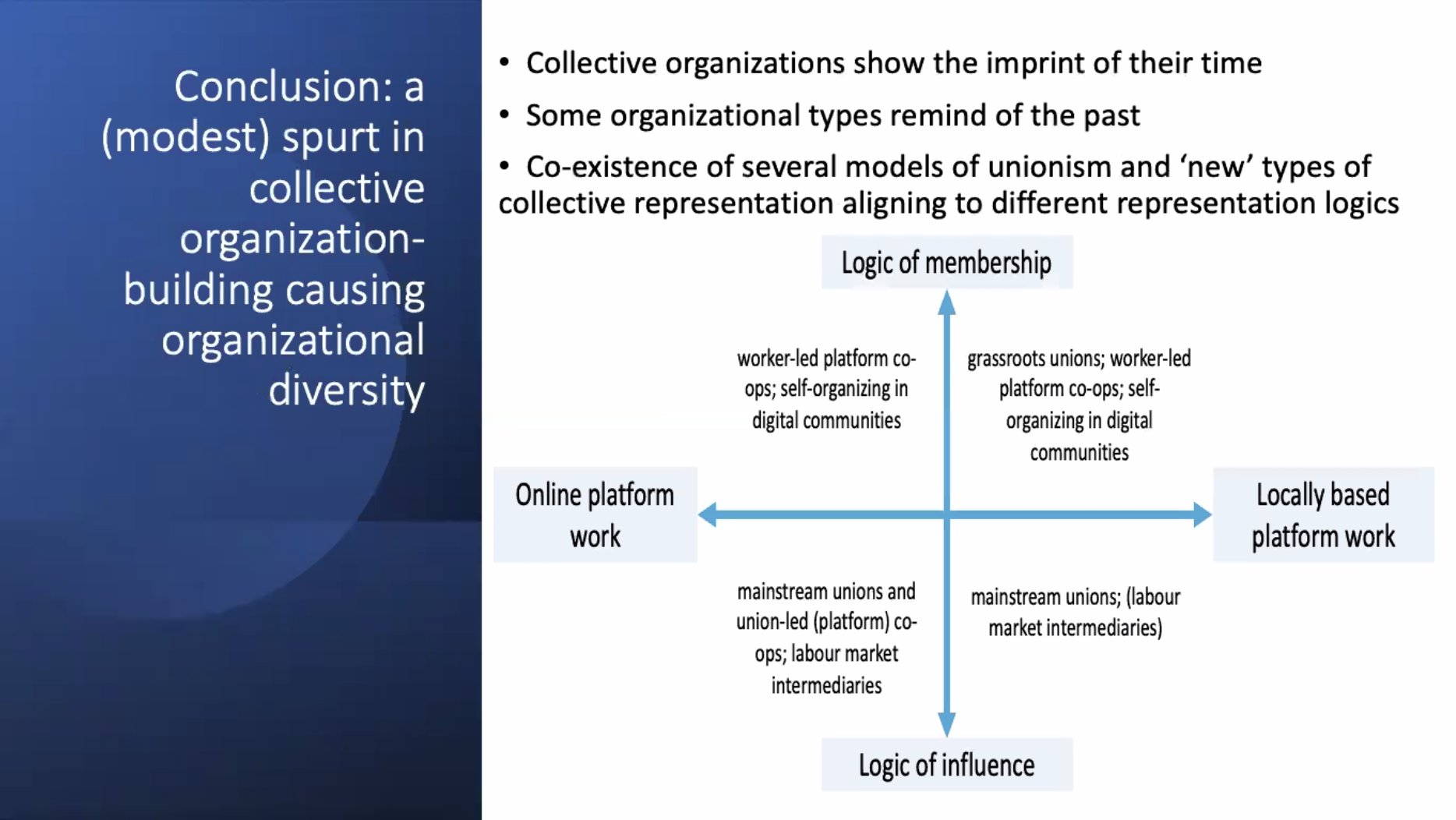 The webinar ends with a final discussion featuring Julieta Haidar summing up the topics in the different presentations. María Belén Albornoz points out that the wages from the gig economy is the main income for workers in the global south, whereas it is a side income for workers in the global north. Maarten Keune, Anna Ilsøe and Trine Pernille Larsen continue to discuss the situation in northern Europe, and Trine Pernille Larsen draws attention to a study they are currently conducting which delves deaper into the Danish gig economy situation.

Popular posts from this blog What is the new normal in distance learning in European universities? Introduced by Katerina Adam at NTU Athens, the welcome address is held by Andreas Boudouvis (also at NTU Athens) and this is followed by an introduction and a presentation of the University Alliance held by Christina von Haaren at LUH. The first keynote speaker is Assoc. Prof. Pedro M. Ruiz-Martínez , Vice-Rector for Strategy and Digital University, University of Murcia, Spain. He takes a strategic view on higher education online learning. Ruiz-Martínez stresses the fact that the emergency distance learning we have experienced this past year is not necessarily proper distance learning and he highlights that teaching no doubt will change into more hybrid forms of teaching compared to before the pandemic. The subsequent panel session is chaired by Ondřej Ryšavý , Brno University. The panel consists of Anna Rosengren , Jönköping University, Katriina Mielonen , LUT University in Lappeenranta, Finland, Cornelis Kater ,
Read more Clemens Wieser , associate professor in Educational Theory at the Danish School of Education, Aarhus University, discusses "Video diaries as a resource for self-narrations in ethnographic research." Wieser began using video diaries six years ago. He is fascinated by the aspects of video ethnography that provides other types of information than is usually possible. He begins by defining what a video diary is: The benefits of video diaries are, for instance, participant autonomy and decisions on self-representation, as participants appear in self-selected contexts. Video diaries also invite performance and the foregrounding of aspects of the self that the participant wishes to show, and the genre allows actions and props (clothes, interiors, books, records etc). Another benefit is the development of trust. Participants are given control and a continuous relationship with the researcher and the video diary format, but the researcher is also asking the participants to provide acc
Read more

Mia
Currently holding positions as guest researcher in LeaDMe and co-leader at CCD at Jönköping University, as well as that of senior lecturer of English at Kristianstad University, I have a PhD in TechnoScience. My PhD thesis (Power Games: Rules and Roles in Second Life, 2011) focuses on power, hierarchies and roles in online role-play groups. My current research centers around similar issues as I study structures of ownership, power, authority and subversion as well as digitalisation in schools and leisure centres. Parallel with my focus on digital contexts, I have worked in the field of English and in teacher education since 2003.