Showing posts from April, 2021
Show All

Day two begins with Kristin Børte, Bergen University, talking about the importance of student active learning in teacher education. The second item on the agenda, a two-hour-long parallel session, is how programming can be taught in concrete learning situations. The session begins with Morten Munthe from NMBU discussing how programming can be a part of teaching in various disciplines and provides hands-on advice on how to do this. He also touches upon how teacher educators are supposed to relay this knowledge since there is basically no research done in the field. The second speaker, Siri Wieberg Klausen , INN, talks about digital storytelling as a method for supporting students' digital skills, i.e. to make movies, to take photos, to edit sound and images, and to create voice overs. She provides concrete examples of how she uses this in teacher education and shows how the video editing application WeVideo works. The third and last speakers in this session are Merethe Skårås an
Post a Comment
Read more 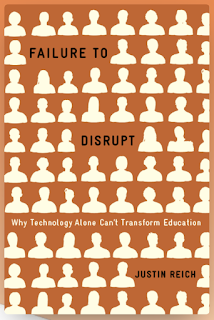 TeachLab’s first Failure to Disrupt Book Club episode, Justin Reich, Audrey Watters, and special guest Chris Gilliard, Professor of English at Macomb Community College, discuss Reich's recent book, Failure to Disrupt: Why Technology Alone Can’t Transform Education . I believe strongly in education, but it is a place where people, in some ways, it holds people until they're adults. I'm trying to state that in the least offensive way possible. I mean 'watch' in all the different ways you might think about it. Watch as in oversee. Watch as in take care of. Watch as in monitor. Chris Gilliard In the first of ten episodes (all of them can be found here ) they, for instance, discuss privacy and surveillance in schools and how some mistake surveillance for care, the incentives of technology companies, and how we're moving forward with EdTech during pandemic times. I have not yet read the book, but the podcast discussions are very interesting as they, among other th
Post a Comment
Read more 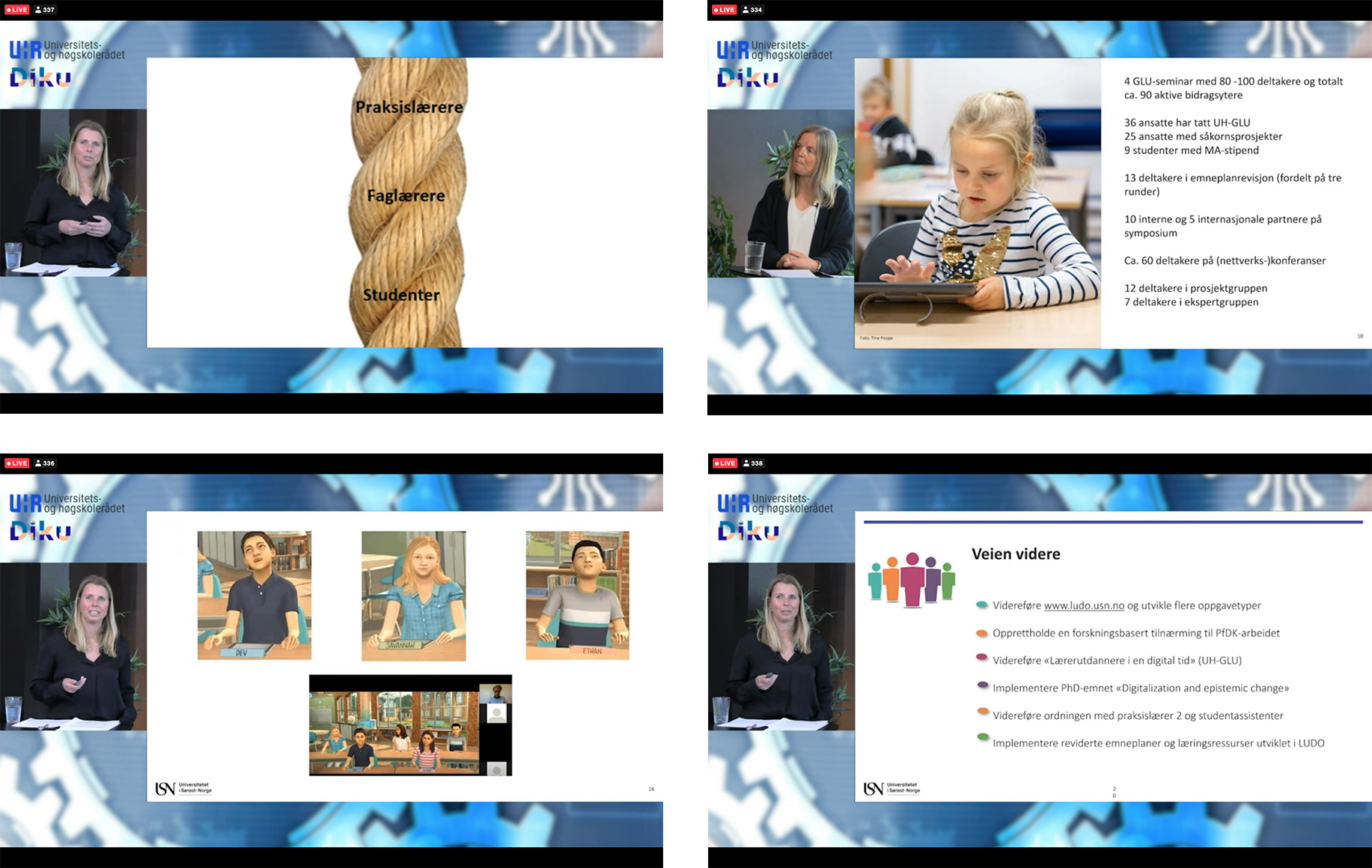 Today, I'm attending the first day of an online conference, Lærerutdanningskonferansen 2021 , arranged by Norwegian Universitets- og Høgskolerådet . The first keynote presentation, Digitalisering og transformasjon i lærerutdanningen ( Toril Aagaard and Agnete Andersen Bueie , Universitetet i Sørøst-Norge), argues that digitisation in teacher education generates transformation. They show examples of how digital technology kan be used to enhance active learning and relevance in the education. The next presentation consists of a pre-recorded interview between Fredrik Mørk Røkenes , NTNU, Andreas Lund and Ola Erstad , Universitetet i Oslo. They discuss historical aspects of profession-based digital competence in teacher education. The next session is a parallel one and I attend Ilka Nagel 's (Høgskolen i Østfold) presentation on "Digital competens in local steering documents in Norwegian teacher training, at which she discusses the expectations on the skills and competences
Post a Comment
Read more 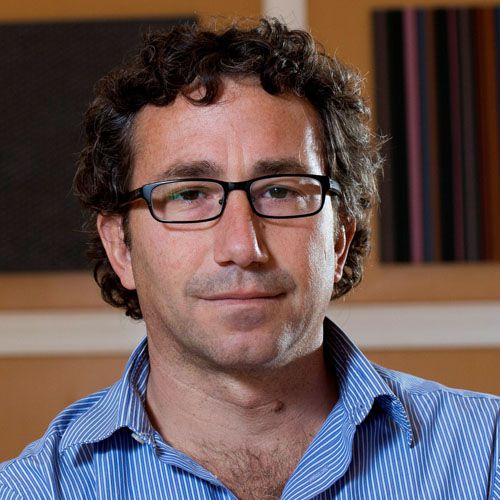 Here we go. A new blog to fill with content. The blank slate is to be filled with words as well as pictures as I'm embarking on a new chaper. On this blog I will be recording some of the things I encounter and do on a day-to-day basis. What I post may be related to research or to teaching and the blog is intended as an archive of things I ponder or wish to remember.
Post a Comment
Read more

Mia
Currently holding positions as guest researcher in LeaDMe and co-leader at CCD at Jönköping University, as well as that of senior lecturer of English at Kristianstad University, I have a PhD in TechnoScience. My PhD thesis (Power Games: Rules and Roles in Second Life, 2011) focuses on power, hierarchies and roles in online role-play groups. My current research centers around similar issues as I study structures of ownership, power, authority and subversion as well as digitalisation in schools and leisure centres. Parallel with my focus on digital contexts, I have worked in the field of English and in teacher education since 2003.